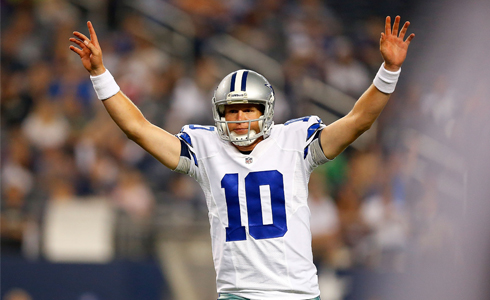 Need proof that GPS works? Meet Dustin Vaughan, a PURE IBO and a football quarterback for the San Antonio Commanders (Alliance of American Football). He has been fueling himself with GPS products since joining PURE in January 2018.

Being an athlete certainly motivated Dustin to look for quality products to improve his performance. When he learned about the GPS performance line by PURE, he was inspired to join the company. It’s important to him that the products are natural, and he is equally impressed that they are Informed-Sport Certified.

“Athletes are always looking to get an edge up,” Dustin said. “They want energy and need to build their endurance. GPS does all of those without making you feel jittery, because there is no added sugar. I feel good about what I’m putting into my body.”

Dustin was signed by the Dallas Cowboys as an undrafted free agent in 2014. He played college football at West Texas A&M. After researching several supplement companies, Dustin decided to join PURE because he really liked what he saw. He joined a year ago and hasn’t looked back. Being around athletes every day, Dustin knows how important talent, ability and success are. He also knows that what you eat is just as important.

Not only does he love the products, but the company’s values match his. “PURE values community and that means a lot to me,” he said. His faith keeps him motivated and he desires to have a positive influence on those around him. “That attitude begins at home and then extends outward.”

“For anyone interested in starting a business with PURE, I’d like to tell them not to get discouraged,” said Dustin. “Try the products out for yourself. For me, I knew I had to trust the company first to share the products with others. If I don’t believe in them myself, how can they?”

Asked if he could have any super power, he said he wishes he could fly. His parents ran track and field in high school and could jump hurdles, something Dustin had difficulty doing. He wishes he could run just as fast, so fast that he could fly … to wherever his heart desires!

I think he already can!