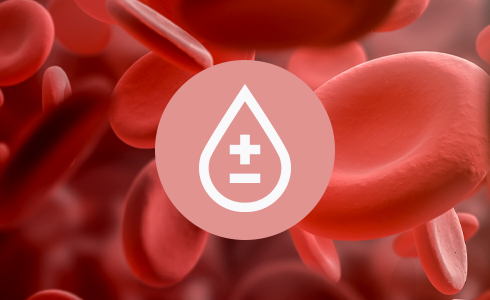 Sugar! Who doesn’t love the taste of sugar? Outside of the obvious reasons to avoid large amounts of it, sugar is difficult not to like. Think of some foods you love, such as ice cream (one of my personal favorites; chocolate flavor with melted peanut butter on top), chocolate in all its forms, cheesecake, cupcakes, apple pie, brownies, chocolate chip cookies, etc. I am sure you can add some of your own favorites to this list. Interestingly, a great amount of sugar is consumed in the form of soft drinks, juice drinks and simply juice. Access to these good tasting indulgences are easy and very inexpensive.

Sugar is also tough to evade as it is added to most packaged foods to make them taste better, which makes them more appealing. The addition of sugar to foods is a consequence of those who demonized fat back in the late 70s and throughout the 80s. You can find it in ketchup, crackers, bread, soups, cereals, peanut butter, cured meats and salad dressings. Faced with the government’s direction to reduce fat intake, food companies replaced fat in their foods with sugar. Afterall, a fat-free food was believed to be healthy, despite the fact it may be loaded with sugar and high in calories. Foods without the added fat simply did not taste very good, so more sugar was included in their recipes. Fat and sugar make otherwise non-tasty foods more palatable and food companies need to make money by selling more product. If it does not taste good, most people will not buy it.

Other than the obvious reason to make them taste better, why would sugar be added to so many foods? Some research suggests sugar may be addicting for many people. There is some evidence showing that eating sugar may elicit a dopamine response in the brain. Dopamine is a brain neurochemical and is often called the feel-good hormone. It is associated with motivation and reward. When the brain releases dopamine, it promotes feelings of pleasure and satisfaction. Research done at the National Institutes for Drug Abuse found similarities in brain scans of obese persons and those with drug and alcohol addictions. This is not direct cause-and-effect evidence, but it does suggest a possible association of sugar-addicting effects. Moreover, in time, the body can build resistance to this reward effect thereby requiring the consumption of more sugar to feel the same positive emotions.

The premise of fat needing to be avoided was based on faulty science. Unfortunately, while well-intended, this thought persists among some nutrition health professionals today. They may say, “fat is okay just not too much of it.” They then give suggestions of foods to eat that are low in fat like skim milk, reduced fat or light cheese, etc. Huh!?  Talk about confused messaging on which foods to eat for good health. I have spoken to many individuals, who know fat is okay and that it is not as bad as we used to believe it was; however, they still adhere to the belief that eating low-fat foods can help you lose weight. Again, you cannot have it both ways. The missing key is to consume fat outside of the presence of sugar-laden foods.

You should be able to enjoy a guilt-free, sweet treat every now and again, especially for special occasions such as birthdays, holidays, weddings, etc. Consider your personal sugar intake, how much is too much? I recently had a conversation with a family member about the frequency of eating sugary desserts. When I suggested the need to avoid them often, they retorted back “Yes, but in moderation, it is okay.” This is correct; however, what is considered “in moderation” today would be considered in extreme excess many years ago. It is all in our perspective.

By the middle of the 18th century, a pair of German chemists figured out how to make sugar from sugar beets. This dramatically increased the production and consumption of sugar. Germany soon became a large sugar exporter for many countries around the world. Given another 50-plus years (early to mid-1800s), persons residing in Germany and the United States consumed on average about 2.1 pounds of sugar every year. Compare this amount to what is consumed today, and the increase is astounding. In the U.S. it has been estimated the typical person consumes about 150 lbs. annually. This is about 7100% more sugar than our ancestors did in the 19th century. A little more than two pounds consumed annually back in the 1800s is now what most consume in five days. Wow! So much for moderation!

What are the effects of too much sugar? Research scientists may disagree on the true impact of too much sugar on an individual’s health. However, many reputable clinicians (medical doctors, licensed dietitians, nutritionists, etc.) have seen dramatic improvements in health by helping their clients simply remove sugar in all its forms from the diet. The body requires balance to stay healthy. In the case of sugar, blood sugar levels must be maintained within a normal range.

The consequences of being on the low end of normal can cause impairment in thinking, irritability, hunger, nervousness or anxiety. This is often described as being hangry. If you have gone without eating food for an extended period or have participated in significant physical activity and did not replenish the body with some nourishment, you may experience these effects. For our purposes here, we are talking non-diabetic, non-hypoglycemic, healthy individuals.

Insulin is a hormone made in the body that helps maintain healthy blood sugar levels. Foods consumed with sugar and highly refined flours (carbohydrates) will cause the release of insulin necessary to maintain a healthy range of blood sugar in the body. In addition to blood sugar maintenance, insulin also functions to help facilitate the use of glucose as a source of energy. This is a necessary and important function. However, as more refined sugar-laden foods are eaten, more insulin is made. When energy levels from glucose have met capacity, insulin will also facilitate the storage of fat. This will likely occur when too many calories are consumed from sugar and refined carbohydrates. The body can convert excess carbohydrate and amino acids (from too much protein) into fat, which is then stored in the bodies adipose (fatty) tissues.

After consuming a large meal or a snack of mostly refined carbohydrates and without enough protein and fat, some individuals may experience an increase in hunger. This can occur from an increase in the secretion of insulin necessary to keep blood sugars in the normal range. Despite having eaten enough calories, more insulin can bring blood sugar levels back to a pre-meal level. This effect in turn increases the appetite even though caloric needs have been met. This can also happen when eating large amounts of sugary treats.

The best way to maintain healthy blood sugar levels is to avoid simple sugars and refined carbohydrates as much as possible. Focus on eating non-starchy fruits and vegetables such as strawberries, blueberries, raspberries, cauliflower, broccoli, lettuce, bell peppers, asparagus, cucumbers, zucchini, avocadoes, etc. These healthier foods will have a minimal effect on the secretion of insulin and minimize the effects of higher amounts of insulin.